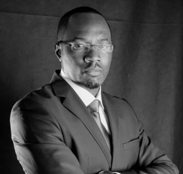 Loïc MACKOSSO, Managing Partner at ARIES Investissements, began his career in Paris in 2003, in the finance industry within the asset management company Asset Allocation Advisors (AAA) which became Neuflize OBC Investissements where he was hired as a junior compliance officer.
In 2006, following his country-homecoming he joined the legal affairs department of the state-owned oil company (SNPC) where, among other things, he negotiated oil contracts with international oil companies (China National Oil Offshore Company, ENI, TOTAL).

In 2009, he was recruited by the Development Bank of Central African States (BDEAC) as a project finance in-house lawyer where he structured transactions in the Central Africa region totaling more than FCFA 100 billion in various sectors (industry, infrastructure, financial services, real estate, petroleum and mining). ”
Since 2015, he runs ARIES Investissements, a financial and strategic advisory firm where along with his partners he advises clients — government and private sector, domestic and international — on structuring and financing their investment projects in fields ranging from energy, natural resources, and real estate to infrastructure and ICT.
Within his activities, he attended sometimes as speaker in Africa and in the world, conferences themed on entrepreneurship in Africa, the promotion of the financial market and the structuring of investments.

Finally, he authored several articles on PPP and the financing of investments in Africa and he lectures at ESGAE a leading business school in Brazzaville on finance and business law related topics.

Loic holds a master’s degree in business law from the University of Lille II.