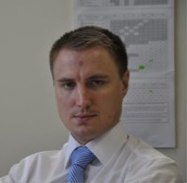 Vice-President for the Americas, West Africa and Europe, PJSC LUKOIL

Graduated from Moscow State University in 2002 (BS Mining) and from University of Alaska, Fairbanks in 2004 (BS Geology). Holds an MBA in Strategic Management from Lomonosov MSU Business School. Started his career as a mudlogging geologist for Nabors Inc. working on the oil and gas fields in Alaska. From 2005 to 2010 has held a variety of Drilling positions in LUKOIL Overseas. From 2010 until 2012 worked for Vanco Exploration Company (LUKOIL’s US entity which later transformed into LUKOIL International Upstream West) as a Drilling Operations Manager running all of LUKOIL’s Worldwide Deepwater Offshore drilling operations. From 2012 to 2019 worked as a First Deputy Head of Administration/Executive Assistant to the President, PJSC LUKOIL. Appointed as a VP for the Americas, West Africa and Europe on September the 2nd 2019