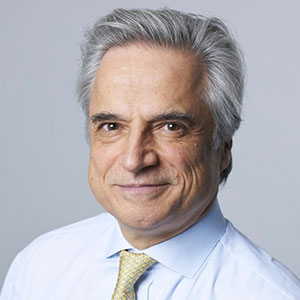 By background, Andrea is a banker, energy economist and government advisor with specific expertise in former socialist countries in Eastern Europe, Africa and Asia.

As a banker, he pioneered financial engagement with Vietnam during the post-war period and organised the first USD denominated loan to the country after the Vietnam War.

He has advised various governments in financial and energy matters, as well as serving as member of the UNDP Greater Tumen Initiative, covering the geographical area of the “two Koreas”, Russia and China

In 2007, after a long period of oil trading and consultancy in the oil & gas sector, he founded Zenith Energy Ltd., an international energy production and development company incorporated in Canada, of which he is one of the largest shareholders.

He currently serves as a Non-Executive Member of the Anglo-Azerbaijan Society and Partner of the Buenos Aires Stock Exchange.